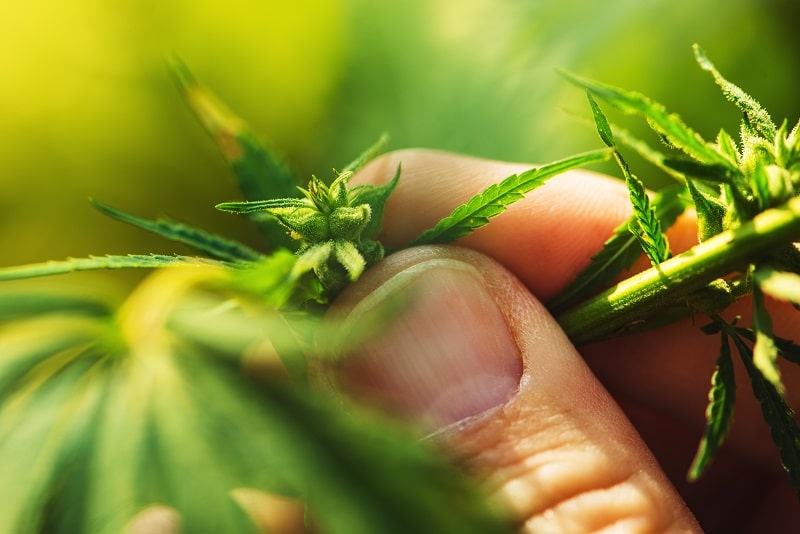 It is not a rare occurrence when a new investment opportunity captures investors’ attention. Lately, a new sector has been gaining a lot of attention from all over the world – Cannabis stocks. Cannabis has been in the center of attention for quite some time now, though mainly for different reasons. First of all, it is considered to be a useful medical drug, often used by people with anxiety, epilepsy, cancer, anorexia, Alzheimer’s, and more. It is no question that this medical drug has a lot of potential, though it does come with certain risk. One of the ways to invest in the cannabis industry is to invest in medical marijuana research, helping many patients find the right solution for their health issues. Secondly, it is often used for enjoyment. It is considered to be a safer drug among all others, and whether legally or illegally – people tend to get their hands on it quite often. Though illegal and irresponsible use of marijuana is condoned by the government of Australia, in January 2018 they announced their intention to amend the Narcotic Drugs Act of 1967, which will ease the criminal and civil penalties on the citizens. Lastly, a lot of investors see much potential in cannabis stocks. With the recent legalization boom in the west, cannabis stocks are set to become one of the biggest investments of the year.

What are cannabis stocks?

Before we start discussing the top cannabis brokers, let us go over the concept. Cannabis stocks are companies which are engaged in the production, selling, or development of marijuana. Cannabis stocks have been around for quite some time on penny shares, and have never been too popular. Now with the global growth of recreation use of cannabis, many investors started to seek profit from different marijuana related businesses. The PBO estimates that fully legalizing marijuana in Australia would raise the profits of $3.6 billion in the span of four years starting from July 2019. This seems like a huge profit for the economy, especially if small businesses start operating in the cannabis industry. Currently, there are 13 weed stocks on the Australian Stock Exchange which are a big part of the cannabis business. Additionally, there are 15 more companies that have some sort of relation to the cannabis industry, with many more companies starting to get interested.

Is it legal to trade cannabis stocks?

The latest country to legalize marijuana was Canada, allowing medical and controlled recreational use in October of 2018. Uruguay, South Africa, and 50 other countries also in some way legalized or decriminalized marijuana, allowing for a lot of new businesses to flourish. Australia took action in 2016, legalizing medicinal cannabis in October. This led to a huge boom of pot companies, developing the Australian economy to a huge extent. Soon enough, these companies started to appear on the ASX, the first one being MMJ PHYTOTECH (ASX: MMJ), now referred to simply as MMJ. As for the legality of trading cannabis stocks, it depends entirely on which cannabis broker you use. You can definitely find some outside of Australia, but most recommend Australian Forex brokers,(because of local license and regulation) who are now starting to delve into Cannabis stocks. Mostly CFDs however, it would be quite weird seeing a Financial company stocking up on marijuana.

Why invest in cannabis stocks?

From what we know, cannabis investments were estimated to have reached over $9 billion in 2018 globally. This number is expected to double over the next three years, giving investors a promising outlook for their profits. The US, Canada, and Australia play a huge part in the global legal marijuana stock trade. New Frontier Data suggests that roughly $4.6 to $6.3 billions worth of marijuana is consumed in Australia on a yearly basis, accounting for both legal and illegal use. Australia also imported up to 145 kg of cannabis oil from Canada in 2017. It is obvious that the Australian economy could greatly benefit from this industry, meaning it could be even more profitable to investors.

How volatile is the Cannabis market?

If you are an experienced trader, you must realize the importance of volatility of a stock. Well, in all honesty, the cannabis market is very volatile, but keep in mind that it is very young. As more countries start to legalize or decriminalize pot, the market becomes more accessible. Which is quite reassuring, since, despite the youth of the cannabis market, volatility is not too far from stabilizing. Currently, there are several marijuana stocks worth investors’ attention. For investors looking to buy cannabis stocks in the growing industry. Cann Group is the dominant marijuana grower in Australia at this time. Over the last month, the stock has seen some substantial growth.

If you are looking to invest in a stock in the health industry, then Althea is the leader. They do plan on growing their own cannabis at some point, but for now, they specialize in importing high-quality medical marijuana from Canada and selling it to patients who need it. Their monthly growth is very promising and seems like it will only keep going up.

Despite the high volatility, the cannabis industry remains highly lucrative with new businesses and competition joining at a steady pace. This might be yet another indicator as to why this new market is worth investors’ attention.

What kind of businesses are a part of the Cannabis industry?

In cannabis agriculture technology, the main goal is to develop the required equipment for cultivating cannabis, such as greenhouse technologies, incubator fridges, automated fertilized systems, and more.

This type of business mainly concentrates on the quality of the plant, where they research their grown weed in laboratories. Their goal is to find the healthiest form of the plant.

Another way to contribute to cannabis research is to invest in biotech. Biotechnology concentrates on researching pharmaceutical applications of marijuana. Their goal is to find and develop treatments for different kinds of illnesses and diseases using this natural drug. For example, Zelda Therapeutics is developing medicine derived from cannabis specifically for insomnia, autism, and more.

This is quite self-explanatory. This business concentrates on growing and selling cannabis. Cann Group is the leader so far.

Snoop Dogg was one of the first celebrities to invest in this type of business. Cannabis delivery brings fresh marijuana directly from the farm, giving the healthiest and freshest option for smoking.

Unlike cannabis which can be smoked, hemp is more materialistic. It is used in clothing, the creation of ropes, fuel, food, and more. Elixinol is the leader in this segment so far. Though it is currently a US-based company, it is looking for ways to expand in Australia.

These types of farms simply grow healthy and organic cannabis and provide it to other companies, or use it as export. They do not tend to send to consumers directly, they prefer to sell to bigger companies or small recreational businesses, but sometimes there are exceptions.

Mike Tyson wants to invest in a cannabis resort in California. These types of businesses provide a full cannabis experience, with relaxing smoking rooms, cannabis oil massages, and more. Definitely a huge potential for investment. As you can see, there are many variations of cannabis-related businesses, and if people are not comfortable with investing in the growth and selling of cannabis – they have plenty of other options.

It is impossible to predict where the stocks will go, sometimes they end up surpassing our expectations, and other times they tend to disappoint. It is still worth to look into cannabis stocks in Australia, as there is a chance for it to become completely legalized in the near future. Though it is a very young market with quite high volatility, it is still expected to stabilize as the rest of the world starts to legalize or decriminalize the drug. The purpose of this article is to help you see the potential of this new sector in Australia. Risk is involved in any kind of trading, and there are no guarantees for loss or profit.